Dog barking ordinances are laws that are set in place to protect people from the disturbances as a result of people who own noisy or disruptive animals.

These ordinances differ from city to city and it is best for an individual to get a copy related to their jurisdiction. This is very important if they are looking at taking action against someone who happens to have a noisy pet.

Man dog barking ordinances are designed to protect people from dogs who have a habit of incessant barking and making unbearable noises. The ordinance is designed in such a way that people can have redress in the event that a dog’s noise is making their life a living hell.

Under most city ordinances, if a dog owner does not take the steps to control the noise of their animal and someone files a complaint, there is the ability to fix the situation. This can be determined by the corresponding agency and they can put in place certain steps if the dog’s noise is considered to be a nuisance.

The steps often carried include the owner controlling his pet and keep it indoors, make sure the dog is inside at sensitive times, such as the night. It goes on to say that the animal may have to wear a device that stops it from barking, or the owner needs to carry their dog to special training. There is also the extreme possibility of the dog being forced to have correct measure done, such as debarking.

People who do not follow these orders are often fined and this increases depending on the amount of violations that they have. 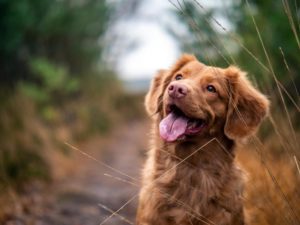 Is The Citronella Collar The Cure For the Barking Dog?

How Do You Stop a Dog From Barking At The TV?

My Experience With The Citronella Bark Collar